COVID-19 UPDATE
Going Above and Beyond
By Aleasa Whitaker 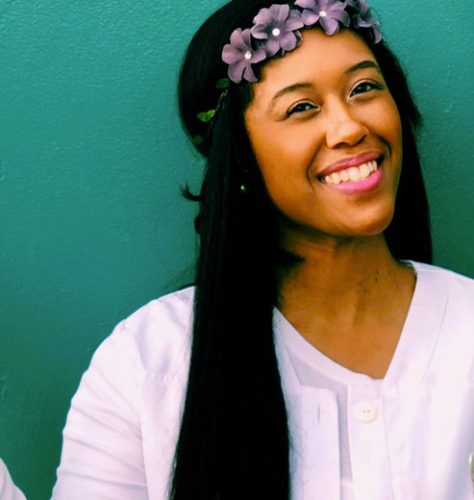 We regularly profile current and former team members (AKA our ScribeAmerica Alumni) on ScribeCorner.com. Visit ScribeCorner now for the latest stories, and sign up for our quarterly Alumni newsletter if you want these employee profiles, company updates and more delivered to your inbox!

As a medical scribe, sometimes we have to multitask throughout our shift. However, even though we may become busy with multiple tasks, it’s always important to remember to try to go above and beyond for others. My name is Aleasa Whitaker. I also go by the nickname “AJ”. I currently work as an emergency room medical scribe in the Hampton Roads, Virginia area. My shifts in the ED are usually 12 hours, which can be very long and tiring. However, some of the 12-hour shifts can also be very rewarding.

The highlight of being an emergency room medical scribe is what you are able to witness while working your shift alongside the provider and the ED staff. One of the most rewarding experiences I’ve encountered/witnessed happened on a day when I least expected it. On this particular day, I was working with one of my favorite ED physicians. We were seeing and discharging patients; it was our typical “normal” shift routine. The day was going by smoothly and by noon, the emergency department became quiet. It was almost too quiet. However, the “unwritten rule” in the ED is that you never yell out or say, “It’s quiet”. I knew the quietness was too good to be true because about an hour later, ten patients appeared on the board (all at one time) to be checked in.

As the physician and I were seeing patients, a phone call comes to the back of the ED from the registration clerk at the front of the ED. The secretary answers the call, only to yell out a few seconds later, “Help is needed at the front outside of the emergency department!” I witnessed all of the nurses and ED techs run out the door with a stretcher to the front of the building to help get a patient out of the car. They were told that the patient had a possible syncopal episode and that he was unable to walk, due to only having one leg. Giving each other the “side eye”, the physician and I patiently waited for the staff to bring the patient in on the stretcher.

As they are wheeling the patient into the room, I start to prepare a new note. The physician and I give the nurses time to prepare the patient and ask a few questions before we go into the room to do our interview. The nurse brings over the EKG, “Looks good”, says the physician. “Come on AJ; let’s go see what’s going on”. As we approach the room, we see a man in his 60’s lying comfortably in the bed with about 2-3 liters of oxygen going through the nasal cannula. He awakens as we enter the room and proceeds to tell us the story of how he arrived at the emergency department.

The patient states that he was running errands with his wife (not in the room at the time) and while he was out running errands, he forgot to bring his oxygen. Therefore, the patient became short of breath, had a possible syncopal episode, and in the process, he falls and injures his wrist. The physician begins to examine the patient and notices that he actually has two legs, not one. A puzzled look appears on both of our faces. The physician proceeds to ask the patient, “Why did they say you weren’t able to walk?” The patient tells us that he has a history of a stroke and that his left side has suffered from permanent weakness. The story finally starts to come together and the physician is able to order lab work and also an X-ray on the patient’s wrist.

While we thought things were going smoothly we begin to hear a small disturbance at the nursing station. We ask the nurse, “Is everything okay?”  She reports to the physician and I that the wife of the patient is now “ready to go, because she is tired and would prefer not to wait for the X-ray results”. I start to document and time stamp the conversation that is transpiring. While doing this, the patient’s wife demands to leave the emergency department with her husband. Other options and the importance of staying to receive the imaging results were explained to the patient’s wife, however, she demanded to leave the emergency department with her husband. I watched as the nursing staff and ED techs struggled to get the patient back into their vehicle.

As time went on, the X-ray results finally crossed over to the EMR (Electronic Medical Records) System, and showed that the patient had fractured his wrist. Before leaving the emergency department, the wife did not want a splint placed on the patient, however, it was now confirmed that the patient really needed to have the splint placed on his wrist. One of the nurses tried to call the wife on her cell phone, and at home. There was no answer, and multiple voice messages were left. Our suspicion in regards to this case grew stronger; we could feel something wasn’t right. At this moment, I was able to witness our ED team come up with a plan that would go above and beyond the call of duty for a patient.

I continue to ask myself, “What would’ve happened if our emergency department team didn’t go above and beyond to help this patient?” Even though there is a lot of documentation to do for the provider as a medical scribe, it’s also important to take into consideration what happens around you. As a future provider, I took this and many other situations, as a learning experience for how I can go above and beyond for the future patients who will be under my care. Sometimes, what happens is not always about us, but it’s bigger than us!