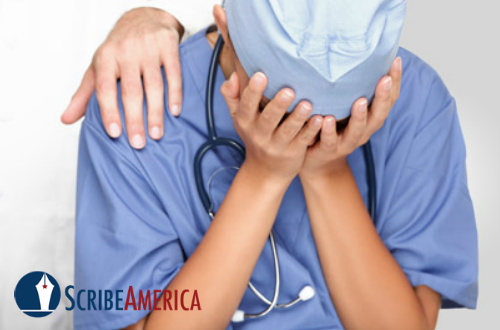 It’s been a long time coming, but 2014 is here with its plethora of new government mandates for physicians and hospitals. Most of these mandates are coming in the form of the Affordable Care Act (ACA) beginning on Jan. 1. But the ACA is not alone, also taking effect on Jan. 1 is the Two Midnight Rule governing the definition of an inpatient versus an outpatient hospital stay. Then ten months later on October 1, 2014 is the long delayed implementation of the new ICD-10 medical codes. Which we feel hospitals, private practices are not doing enough to prepare for this sure cataclysm.

Those new mandates combined with falling reimbursement rates, an impending physician shortage, and smaller health insurance networks under the ACA, mean one thing, that 2014 is the year of physician burnout.

Burnout is already a widespread problem in the American medical community both among physicians and medical students. A 2012 study published in the Archives of Internal Medicine surveyed 7,288 American physicians and found that of those surveyed 45.8 percent displayed at least one characteristic of burnout when assessed using the Maslach Burnout Inventory.

It’s interesting to note that the study found rates of burnout varied among physicians practicing in different medical professions. Those doctors practicing in areas that are on the “front lines” of medical care such as family medicine, internal medicine, and emergency medicine had the highest rates of physician burnout. While those in more specialist roles away from acute care had lower burnout rates.

What is startling though, is that physicians in those roles on the “front lines” of medical care, and the most prone to burnout, are the physicians likely to be the most affected by the influx of newly insured patients under the ACA.

The Affordable Care Act and burnout

As a cost saving move, many health insurance companies trimmed down the size of their provider networks for their ACA exchange plans and significantly reduced reimbursement rates. The result is that there are fewer doctors and hospitals available in network for those newly insured patients seeking care. Meaning that 30 million newly insured Americans are guaranteed to have longer wait times at the doctor’s office, and spend more time waiting for an appointment.

For doctors this means more patients coming through the door trying to book appointments. That might possibly have been a good thing if the ACA’s health insurance exchange networks hadn’t lowered their reimbursement rates. Doctors will now have to see more patients in a day to make the same amount of money that they did before the ACA, meaning longer hours and higher rates of burnout.

Those dual problems of more patients and low reimbursements will likely count double for those physicians participating in Medicaid plans in states that are expanding the program. This is because the majority of the newly insured in those states are folks enrolling in Medicaid plans under the expansion of the program by the ACA.

The Two Midnight Rule and ICD-10

Not to mention that at the same time that the ACA is being implemented, hospitals will have to start enforcing CMS’s Two Midnight Rule, which could potentially have a huge impact on hospitals’ bottom lines. The rule says that an inpatient stay must last for at least two midnights or else it will be considered an outpatient stay, and will be billed as such. You can read more about the impact it will have here.

Then coming up in the fall of 2014 is the implementation of the new ICD-10 medical codes which will have doctors and hospitals in a panic if they’re not ready for it. The new set of medical codes increases the total number of codes for physicians by 141,000 up from from the current amount of 17,000 under the older ICD-9 system.  Not to mention the financial fallout that will surely occur.

If those together doesn’t cause a spike in rates of burnout among American physicians, I’m not sure what will.

It’s all burnout to me

There aren’t a lot of rosy things to say about 2014 when it comes to American health care. Yes it will no doubt be interesting for the passive observer not directly affected by these new changes if there were such a person. But in truth every American visiting a doctor this year will be caught up in these new mandates and possibly become the victim of a misdiagnosis due to physician burnout.

Hospitals and physicians will weather the storm of new mandates, like they always have, but at what cost to sanity, and patient care?