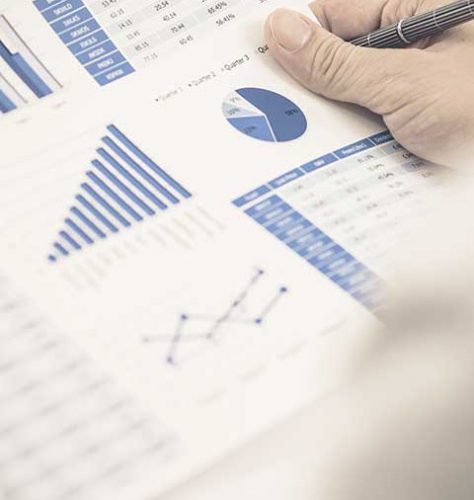 “We needed to be more productive. Our PCPs are talented and devoted, but they were digging out from under too much documentation. The volume of patients and the coding itself was suffering. Face-to-face time also wasn’t happening because the providers were stuck behind their computers.”

Primary care physicians at a clinic in Washington State found themselves spending more and more time on documentation—either during encounters or two to three hours after each shift. The PCPs would stay late to complete the charts if they preferred not to document extensively in front of their patients. Also, absent valuable clerical support, physicians here couldn’t be scheduled with an optimum amount of patients. The EHR burden prevented this healthcare facility from accommodating one to two more patients per day for each provider. And with the right help, that seemed an attainable goal.

But because of the relatively remote location, staffing on site medical scribes wasn’t the ideal solution. Learning of TeleScribes, the client believed that real-time virtual support would be the best way to address the productivity problem. TeleScribes is located in South Florida near a number of universities from which it recruits pre-med students and other appropriate candidates. Meanwhile, the program in Washington was simple to implement. A facility only requires a secure Wi-Fi signal. ScribeAmerica conducted a test to ensure that each room in the clinic had a strong connection and that there would be no dropped calls. Depending on the contract, TeleScribes supplies the iPads, rolling or tabletop stands. But this provider preferred to buy their own equipment.

The PCPs and their patients in Washington made an easy adjustment to seeing and hearing the scribes via iPad. The video application is HIPAA-compliant, secure, and a real-time live feed. Nothing is ever recorded on it. The providers quickly came to appreciate the dual monitors; one enabling a scribe to view the patient encounter and the other for notes. TeleScribes accessed each patient’s chart and proceeded to notate right into the documentation, which the doctors could observe keystroke for keystroke.

“With my TeleScribe, there are no additional bodies in the exam room. I have extra help without it taking extra space. My scribe can also hide the camera for sensitive exams. But if, say, we’re doing a breast exam, I can still dictate my findings in real time, and my scribe can document everything without seeing that portion of the encounter.”

Another aspect of improved efficiency at this site was the ability to screen share. Physicians were pleased that they could ask their TeleScribes to access lab work or previous X-rays. Scribes have all that information in front of them and can convey the information to the provider. Or TeleScribes can screen share imaging results as well as editing notes, which PCPs corrected as needed in real time. The providers discovered that they don’t really require another laptop in the room with them, unless they want the extra screen to sign off on their documentation. It’s less for them to concern themselves with during the encounter.

The Washington site began to see approximately two more patients per provider as a result of the TeleScribes program while increasing the complexity of the documentation. References to potential comorbidities were one benefit of more efficient charting and a source for increased revenue. The charts were coding higher because scribes had the necessary focus to include added details. In the past, there were only so many notations these overworked doctors could furnish in the few moments between patients or during the encounter.

The good news was that from day one, urgent care scribes helped providers ensure that 85% of patients were discharged within one hour – exactly the statistic which the new centers hoped to achieve. In addition, throughout flu season and beyond, 0% of patients left without being seen. The urgent care providers offered what the administration referred to as “top-notch customer service” to this age 20-40 population and other patients.

Consensus at the health network was that a comprehensive scribe training program and customized orientation at the new sites was instrumental to fulfilling objectives. Medical scribes worked quickly and accurately so that notes were either completed in-room or soon thereafter. It’s the kind of support that can also help keep providers happy.

“Our TeleScribes save the providers hours and hours of time and are highly accurate. My physicians rarely report having to change a single word. In fact, often, a PCP will acknowledge that a scribe’s wording is preferable and worth keeping.”

The efficiency gains also included expediting the medications and testing for patients. TeleScribes can pend an order that awaits the doctor’s review prior to sending it. This can be done preliminarily during the patient encounter. Rather than providers taking all that time to write down the order, they just have to look it over for accuracy and sign off. And TeleScribes undergo the same customized orientation as other colleagues in ScribeAmerica. Project managers obtained this Washington clinic’s top 50 diagnoses and procedures, among other common plans and drug regimens for the specific population. That enabled the scribes to study in advance of their start dates and make contributions to efficiency right out of the gate.