COVID-19 UPDATE
The VA Crisis Part I: What is Really Going On? 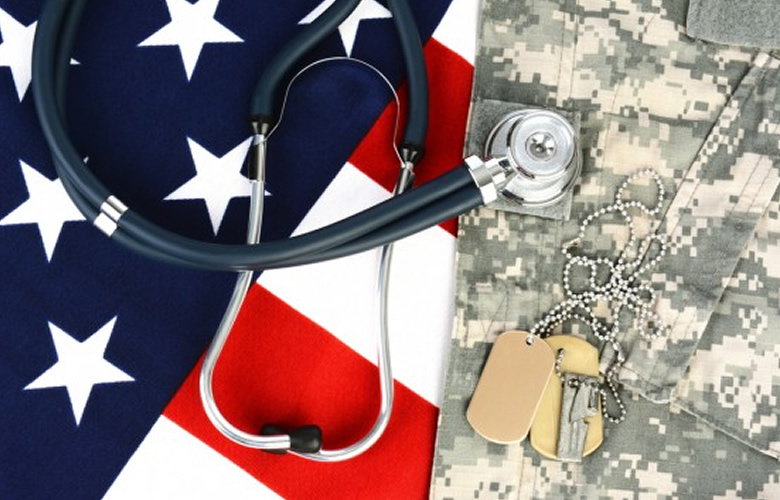 There is no doubt that the entire U.S. healthcare system has taken a huge hit following the economic crash in 2008, affecting both public and private sectors alike. The staggering, disproportional rise in healthcare related costs were further compounded by reimbursement wars created by players struggling to survive and to keep their piece of the pie. The federal government is certainly not immune to the squeeze from the healthcare system’s tightening vice. However, do federal institutions such as the Veteran’s Administration (VA) perhaps get to play by a different set of rules?

Recent reports of corruption and scandal within the VA have illuminated a problem within a federal institution that has traditionally enjoyed a relative lack of transparency. This has no doubt received the attention of our highest levels of government including President Obama who met with the acting veterans’ affairs secretary (former secretary Eric Shinseki resigned in light of the growing scandal) along with Chief of Staff Rob Nabors in order to discuss the findings of a recent VA review last month. This post, from a veteran who is also a physician and has worked in a VA before, will hopefully shed some light on the nature of the problems identified within the VA. Part 2 will then attempt to offer some bipartisan solutions which could be critical in reversing the present chaos, with the ultimate goal of providing competent and timely healthcare few would argue our brave veterans expect and deserve in their time of need. There is an old adage that applies well in this case: nothing changes if nothing changes.

A recent review by the White House was summarized by Rob Nabors and released to the public on June 27, 2014. This review came at the heels of reports claiming veterans are having to wait excessive lengths of time to get appointments which translated into treatment delays, increased morbidity and mortality.  In fact, the Phoenix VA confirmed dozens of veterans have died while waiting for appointments. It has not been confirmed however, that these deaths were directly related to wait time. This problem is especially pronounced in those needing mental health care, e.g. PTSD, depression, and substance dependence.  A truly alarming statistic indicated that the rising veteran suicide rate of 8000/year, or 22/day was approximately twice that of civilians.

>But why do veterans have to wait so long?  The same national board certified healthcare provider can work for either a VA or for a profit hospital down the street. From my personal observations healthcare provider from a VA functions quite differently from one from a for profit hospital. This is due to the culture that the VA spreads and infects new personnel when they enter the system.  It starts with the human resource department where it can take months if not a year to get processed and one can sense that efficiency and urgency are not of the essence. First day on the job,one notices nurses taking turns going for extended breaks even when the waiting room is full. At 5 pm, it’s time to close shop and the veterans who have yet to see the doctor are asked to reschedule!

A pervasive lack of trust among veterans appears to have taken root.  Furthermore, the Office of Special Counsel stated there exists a “troubling pattern of deficient patient care” which VA officials have been downplaying or ignoring. The VA often seems to lack the accountability expected of other medical institutions, and moreover recommendations for improving patient care are often minimally or slowly implemented, if at all. It also appears that when accountability is brought to the attention of superiors it has been met with retaliation, ridicule and humiliation. All healthcare institutions have experienced the pain of diminished resources in today’s economy, but interestingly the VA has had great difficulty in tying its budgetary needs to actual specific outcomes. The VA in general also seems ill prepared in dealing with the changing face of its patient population, specifically a growing percentage of female as well as older patients. The results of one particular audit noted that 10% of veterans seeking medical attention had to wait 30 days or longer, and more than 56,000 veterans had to wait over 3 months for an initial evaluation, not counting the thousands over the past 10 years who never received an appointment at all. To add insult to injury, light has been shed on the alleged troubling practice on the part of VA administrators of altering system data so the problem of excessive appointment schedule times would appear ‘less’ excessive.

What does the Disabled American Veterans (DAV) have to say about the crisis which is affecting their ability to receive the care they need? First, it is widely understood that years of underfunding and high expectations have led to this present fiasco. A letter prepared by 17 veteran groups across the nation and sent to congress emphasized 4 key issues: 1) priority should be made to eliminate wait times for those currently needing treatment, 2) hold the VA accountable for coordinating patient care, 3) fully fund the costs of care, and 4) protect and preserve the VA healthcare system. They understandably believe that since they earned their VA care through serving the country, it seems highly unfair that the Congress would not live up to their end of the bargain, often in the name of politics, while the veteran patient is thrown under the bus.

Unlike many problems our nation faces, both sides of the political fence seem to be equally outraged by the Veterans Administration’s apparent inability to render veteran medical care in a timely and competent manner. Part 2 will take a look at possible solutions to the VA crisis that must transcend political divisions in order to effectively bring about a change. Simply throwing money at the problem has been tried and has proven to be nothing more than a very expensive Band-Aid. The solutions will no doubt have to reach deeper into the entire VA system’s dysfunctional culture before real, sustainable effective change can be realized.  It is quite clear something must change if our brave veterans are to receive the respect they deserve by way of receiving the competent, possibly life-saving medical care they have been promised.