COVID-19 UPDATE
Provider Rating Sites: The Good, The Bad, and The Ugly 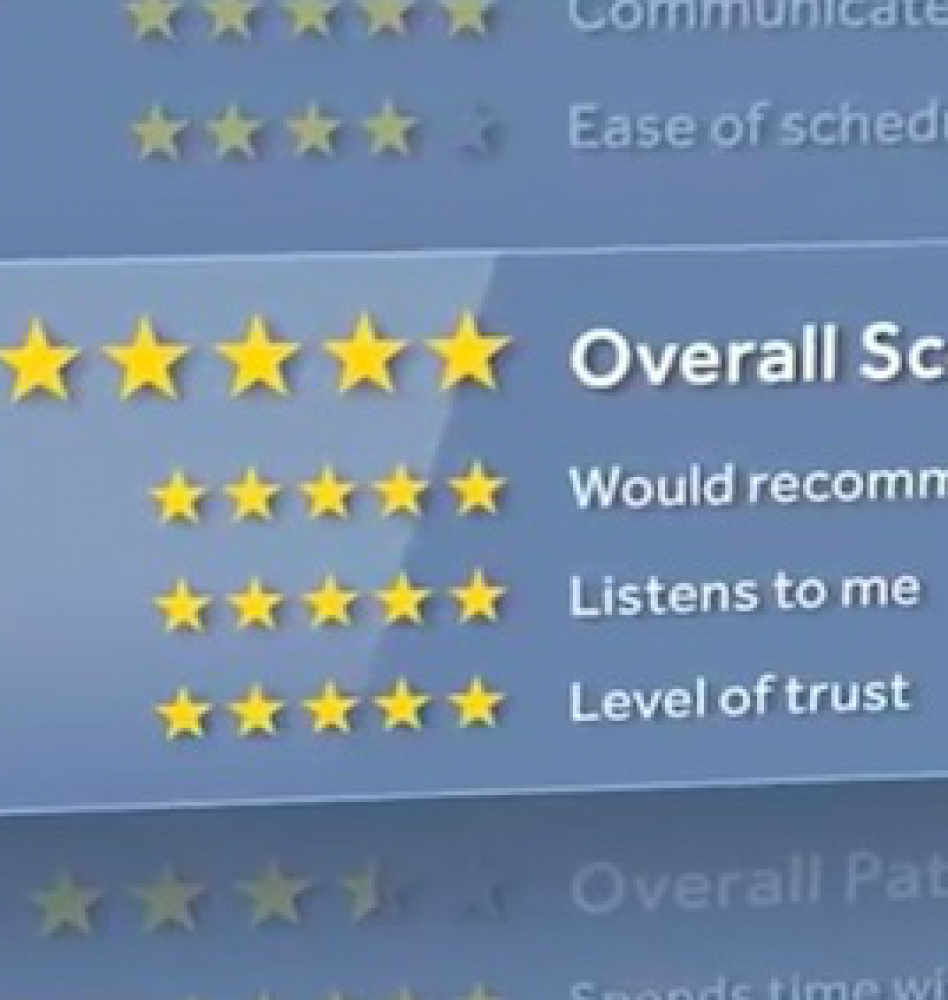 The internet age has resulted in amazing and powerful changes in the way consumers decide, be it picking the right car to buy, the best movie to see, or the perfect restaurant for that special night out. There is no doubt that online rating sites are efficient tools to gather information and to make intelligent choices from the comfort of one’s home. The rating of products and services on internet websites is now a fact of modern life. One could argue this has improved consumer satisfaction and confidence in addition to increasing the incentive to offer consumers quality products and services.

The general public is becoming increasingly aware of the growing trend of healthcare provider rating sites (PRS) which are often used in helping one choose the right primary care physician or dentist, for example. After all, who would argue against this type of transparency when making the critical choice of a pediatrician for a child? A very interesting survey was conducted in the U.S. in 2012 with over 3000 participants which helped measure public awareness of PRS along with their perceived usefulness in actual decision-making [1]. Only 60% were aware of the existence of PRS. Most of those who were aware, rated PRS as “somewhat important” and a much smaller percentage believed these sites to be “very important” in choosing a provider. Most of the participants still believed that “word of mouth” from family and friends is more useful in decision making than an online rating site they might not fully trust. About a third stated they would choose a provider based on good ratings, and the same percentage would choose to avoid a provider with bad ratings. Almost half of those surveyed indicated a lack of trust in the information provided online due to lack of PRS “policing” or website regulations.

Interestingly, this study also noted that factors such as “accepts my health insurance” and “convenient location” are believed to be much more important in decision making than a particular provider’s rating on a website. These sites would hold a lot more weight if they had ratings based on how physicians treated hypertension, what are their re-admission rates or overuse of antibiotics vs the nation.  You just might be able to hang your hat on ratings like those.  It seems that much of the computer-using public is savvy to the inaccuracy and distortion created by “reviews”. After all, there really is no one guarding against a provider writing him/herself a positive experience at their office, or one particular disgruntled patient writing numerous negative reviews as if coming from multiple patients. In general, PRS treat providers much like a consumer product such as a car or movie, and similarly can have an impact on decision making. However the consequence of online rating site faultiness has much greater implications when choosing a healthcare provider if they are taken too seriously. One could easily miss the opportunity to be treated by a quality Orthopaedic surgeon based on one unverifiable negative rating. After all, this is not the same thing as missing out on a great movie due to an inaccurate review.

In summary, is PRS a good or bad idea? PRS is a part of today’s healthcare landscape, a growing trend, and not likely to go away anytime soon. No doubt the old adage “consumer beware” applies. While PRS can serve as a tool in the decision making of providers, it is certainly not the “end all” when it comes to finding the right doctor, and will likely never be. The fact is, PRS are either unheard of or not very often used in deciding on a healthcare provider and perhaps not as important or controversial as some might want to believe. Additionally, the vast majority of provider rating and reviews are in fact, positive. Choosing the right physician can be a very important and possibly life-saving decision, certainly not the same thing as choosing a toothpaste. It would behoove the consumer to use every resource at his/her disposal in making such a critical decision, keyboard and mouse being only a small part of the overall process.