COVID-19 UPDATE
Physician Reimbursement: Why it matters for the future of American Health Care 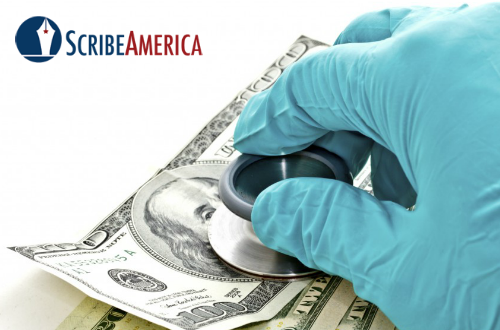 Most Americans would agree that when it comes to professions, being a medical physician has always been among the more lucrative career choices. However as 2014 rolls on that mode of thinking might become quickly outdated. The reason is that medical reimbursement rates from health insurance companies are on the decline. Much of that has to do with the federal government lowering Medicare reimbursement rates, and private insurance companies looking to follow suit.

Overall though the trend is not just towards across the board lower physician reimbursement rates like those being offered by health insurance plans sold through the Affordable Care Act’s health insurance exchanges, but towards a flat reimbursement rate model. The most recent evidence of this is the new rule from CMS that was finalized last November. The organization announced that the five different levels of bill coding previously used for outpatient visits would be collapsed into just one flat rate.

The message CMS is sending here is that, the complexity of the patient’s condition does not matter. Regardless of how much care a facility administers to the patient, they are reimbursed the same amount.

If this trend was only limited to Medicare, it would still not be good, but it would at least be manageable. However because the private health insurance industry follows the lead of Medicare when it comes to reimbursements, the flat rate model could soon become the standard for American health care.

Beyond the financial problems for hospitals that the flat rate model poses, it can also have the added effect of causing more stress for physicians and contributing to burnout. In a flat rate reimbursement situation a physician’s salary is no longer paid for by reimbursements for each medical service they administer. Instead it’s made up of the flat fees paid for a patient no matter what medical care that patient uses.

This means the incentive is gone and that historical pleasant daily rounding by physicians will soon become a burdensome task. Now the added stress will be placed on providers by hospital administration to see more patients in the same amount of time in order to keep the hospital solvent. The goal was to reward efficiency but not volume but in every other service industry, if you are more efficient, more people typically come.
Rather than making caregiving more effective and cost efficient, for physicians it feeds into a stress inducing cycle that forces them to spend less time with each patient, resulting perhaps in lower HCAHPS scores or higher readmission rates, both of which reflect badly on the physician and the hospital, causing more stress.

Critics of the American health care system’s fee for service physician reimbursement system are fond of pointing to countries with socialized health care that have flat reimbursement rates for hospitals and physicians. In these countries physicians and hospitals deliver health outcomes that are on the whole as good or better than the United States. While the facts there may true, the argument must be taken deeper to truly understand the medical reimbursement situation.

The United States has a medical system that was born and came of age in service to the free market of capitalism. Whether that’s a good or bad thing is up to the reader to decide, but it does remain a fact. That means those in the system expect to be compensated properly and proportionately to their work.

Say good bye to your personal physician.  Ask your uncle, grandma about the last time they were admitted to a hospital, did their personal physician come see them that night or at all?  Chances are the answer is no, you were met by a Hospitalist who has never met you.  This trend will continue as physicians are now forced to keep their private practices open longer so they can remain solvent, personal rounding is a luxury of the past.

But in the United States, compensated properly in this context takes on a meaning it does not have in many other countries. The vast majority of countries with socialized medical systems, also offer free or very low cost higher education opportunities to their citizens.

For example a doctor in the Sweden or the United Kingdom invests relatively little financial capital in the form of tuition and fees to become a physician. Whereas an American medical student in the class of 2013 will on average have accumulated up to $175,000 in total debt to finance their education.

That’s a significant ball and chain to be shackled to and then start a medical career. Likely the last thing you want to hear during your first real job while trying to gain some ground against your student loans is that your pay is being cut because of new lower reimbursement rates.

But physician’s salaries are being cut, and reimbursements are likely the culprit. According to research from the personal finance website Nerdwallet almost one third of American physicians, 28 percent, said they experienced a pay cut in 2012.

Our model of privatized health care certainly has its merits as does socialized health care. However instead of picking a position, the United States is being pulled into an uncomfortable middle ground between the two, with one foot in each world so to speak. Rather than incorporating the best parts of each system, we seem to be taking the worst parts and hoping for the best.

Over time there is little doubt that a system of declining physician reimbursement rates rather than a fee for service model of reimbursement, along with an expensive medical education and high interest rates will result in lower salaries for physicians and discourage the best and brightest young Americans from enrolling in medical school.  Houston, we then will have a problem.