COVID-19 UPDATE
ICD-10: The biggest changes and what your practice can do today to start getting ready 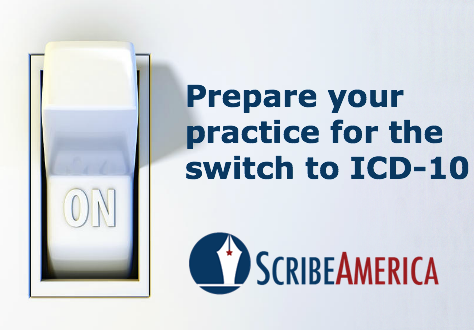 In less than 12 months doctors and hospitals all across the country will need to make the highly anticipated switchover to the ICD-10 medical coding standard. The plan to switch the United States healthcare system from the more than 30 year old ICD-9 codes has been fraught with controversy and delays. Now though the transition date is set in stone, October 1, 2014.

With that date in the back of your mind, let’s explore some of the biggest ICD-10 changes, and some steps that your practice can take right now to prepare for the code switchover.

The first and most obvious change with ICD-10 is just the sheer number of new medical codes. Overall the number of medical codes will increase from 13,000 right now with ICD-9 to just about 140,000. It’s worth noting though that that figure is the combination of two different versions of the system, the ICD-10-CM (Clinical Modification), which is for diagnosis coding, and the ICD-10-PCS (Procedure Coding System), for procedure coding during inpatient stays.

While so many new codes might not make a lot of sense at first, especially since the American health care system has been getting on quite well without them. These new codes provide a huge new level of specificity not currently available with ICD-9.

For example, ICD-10 codes allow for denoting the left side from the right side when diagnosing patients, whereas that’s not the case with ICD-9. They’re also able to code in the circumstances and location of where an injury occurred. Some codes might even too specific, like “attacked by cow,” or “walked into lamp post.”

3. Length and format of codes

Aside from just generally having more of them, ICD-10 codes are also longer and differently formatted than their ICD-9 relatives. For ICD-10-CM codes, they can be anywhere from three to seven characters in length, whereas ICD-9-CM codes were a maximum of five characters.

For ICD-10-PCS, all codes are seven characters long and consist of non-case sensitive letters and numbers. With ICD-10-PCS, each character in the code says something about the diagnosis:

4. No clear mapping between the code sets

Because of the nature of ICD-10 codes being much more specific than ICD-9 codes, in most cases there is no clear mapping between the two code sets. One ICD-9 code will typically translate to multiple ICD-10 codes.

In an effort to make things easier for doctors and administrators, the Centers for Medicare and Medicaid (CMS) created General Equivalence Mappings (GEMs) systems to help doctors and hospitals have an easier time translating ICD-9 codes. However it’s a best service model, and as noted above many codes do not simply translate into their respective counterparts and may require significant effort on the part of physicians.

So what can your practice do today to start getting ready for ICD-10 implementation?

The first, most obvious, and most daunting thing you can do to get ready for ICD-10 today is develop an ICD-10 transition plan for your practice. The plan will need to be thorough, mapping out time frames and exactly what must be done, and who needs to be trained. It might be a good idea to pick a few people for a task force charged with preparing for the switchover. Here is a great guide from ICD-10 Online.com for getting started with your transition plan.

Start exploring training possibilities for your staff. There are plenty of different avenues to explore when it comes to ICD-10 training. Does your staff learn better in a workshop or seminar setting? Or is e-learning the way to go?

I mentioned in the previous section that most of the ICD-9 codes have no direct equivalent in ICD-10. But you’re not going to be using the entire code set on a daily basis, so pick the most common ICD-9 codes for your practice and make a cheat sheet of the ICD-10 translations. You get started with this online translator from the AAPC.

Talk to your vendor

To be compatible with the new ICD-10 codes, your EHR system might need an update. You should contact your vendor to see what, if any upgrades will need to be installed before next October.