COVID-19 UPDATE
How Artificial Intelligence is Improving Healthcare
Artificial intelligence has arrived, and healthcare professionals are using it to address a wide range of areas. 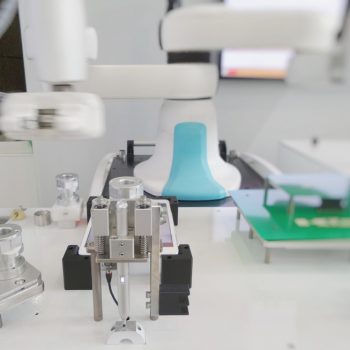 When experts assess the relationship between healthcare and artificial intelligence, they see a budding romance that’s destined to explode into a love affair for the ages.

Consulting firm Frost and Sullivan says AI can improve outcomes by 30% to 40% while cutting treatment costs in half. It predicts the healthcare-AI market will grow at an annual rate of 40% through 2021. Meanwhile, according to consulting firm Accenture, 10 promising AI applications may combine to save the U.S. healthcare system $150 billion a year by 2026.

The future looks promising. But what about now? Granted, the romance may not be in full bloom yet, but the reality is that sparks are already flying. Artificial intelligence has arrived, and healthcare professionals are using it to address a wide range of areas.

For example, it can take years to conduct clinical trials of drugs, but AI can help expedite the process. In the desperate search to find a response to Ebola, a company called Atomwise employed a “brain-like neural network [that was] trained to analyze drugs like a human chemist.” Using supercomputers, the company was able to evaluate how 7,000 existing drugs — all of which had passed through phase II or later clinical trials — would likely interact with the so-called claw that Ebola uses to infect cells.

The result: Two of those 7,000 drugs showed promise as potential treatments. And instead of months or years, the entire analysis took less than a day.

In a 2016 initiative, researchers used artificial intelligence to help figure out the correct dose of immunosuppressant drugs for organ transplant patients — a distinct step forward from previous reliance on guidelines and guesstimates. By crunching clinical data, they developed a “parabolic personalized dosing platform” that could pinpoint optimal doses for desired patient-specific responses, thereby minimizing the possibility of rejection.

The platform, say the authors, is agnostic, so it can also be used to develop precise dosing in other situations that are characterized by varying patient responses and needed adjustments — such as those involving cancer, infectious diseases, and cardiovascular interventions.

Of course, if drugs aren’t available, or don’t reach their destinations on time, it doesn’t matter how effective they are. ParcelShield, a healthcare logistics firm, is using artificial intelligence to detect and mitigate potential shipping delays or losses that can be caused by everything from natural disasters to traffic snags.

At El Camino Hospital in Mountain View (California), AI is helping fragile patients stay upright. The hospital reduced its fall rate by almost 40% with the help of a software that examines copious amounts of EHR data — including demographics, types of surgeries and prescribed medications — to predict which patients are most likely to fall. If necessary, those patients can then be moved closer to nursing stations or monitored via video.

Artificial intelligence is also successfully predicting whether people are having cardiac arrests or not, based on phone conversations. A software company in Denmark had its machine learning program listen in on emergency calls and analyze the words callers used to describe incidents, their tone of voice, and background noises. In competition with human dispatchers, the computers won easily, correctly detecting cardiac arrests in 93% of cases, vs. 73% for humans. Both the computers and humans registered false positives at a 2% rate.

Of course, human intelligence and artificial intelligence don’t have to be mutually exclusive. In fact, the best results may come about when they augment each other.

Knowing that conventional methods of identifying the presence of metastatic cancer in lymph nodes is a routine but extremely laborious task for pathologists, a team of scientists at Boston’s Beth Israel Deaconess Medical Center Cancer Research Institute built a diagnostic tool to differentiate between cancerous and noncancerous cells. The tool ultimately achieved a success rate of 92%, slightly lower than the success rate of human pathologists. But when the team combined human analyses with automated analyses, the success rate zoomed up to 99.5%.

Those results “show that what the computer is doing is genuinely intelligent and that the combination of human and computer interpretations will result in more precise and more clinically valuable diagnoses to guide treatment decisions,” says Andrew Beck, the institute’s director of bioinformatics.