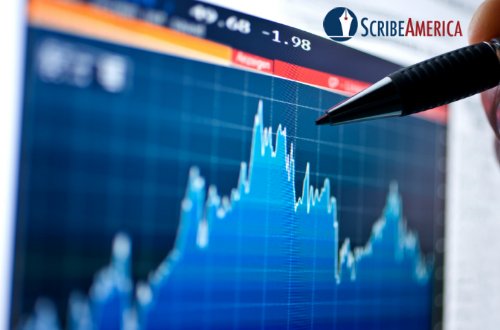 A fact of life when it comes to EHR systems is their initial tendency to greatly disrupt a provider’s productivity. This often precipitous drop in productivity has been well documented by various publications. However the reality of the situation is that EHRs are here to stay along with all their pains. But one of those pains that’s lesser known, and all the more dangerous for it, is the significant blow a new EHR can deal to a Hospitals bottom line.

Of course what causes that blow to a Hospitals bottom line is resistance on the part of EHR companies and administrators to establishing a best of breed modules within a enterprise system.

Commonly we’ve seen much of that resistance coming directly from the EHR companies themselves. They make a big point of telling the CIO’s of the world that their system is easy to operate, you can customize it every way under the sun and of course providers can do it on their own, no problem.

But despite those reassurances, many hospitals are finding themselves in this costly and common situation:

After the multimillion-dollar purchase of your new EHR system that you pretty much had to build yourself, suddenly your physicians are asking for a medical scribe to assist them with productivity issues. Here is where the resistance of administrators comes in, why would you want to spend even more money to run a system that you were assured could be run without the need for support specialists?

But that administrative resistance is beginning to change as the horror stories of botched EHR implementations continue to add up. Take for example the recent credit downgrading of North Carolina’s Wake Forest Baptist Medical Center by the rating agency Standard and Poor’s.

The Wake Forest downgrade was due in part to a huge $27 million loss caused by “volume disruption,” from the implementation of an Epic Systems EHR. Wake Forest spent a little more than $13 million to bring Epic on board and then a further $8 million or so on related expenses, but still there was significant disruption caused by their system.

In Contra Costa County in California an Epic Systems go live back in July 2012, designed to unify different sectors of the county health system, quickly mutated into a constant source of frustration for the county and its doctors not long after launch.

The local Contra Costa Times reported that patient wait times went through the roof with and a LWBS rate of 10% in the emergency room because of the backlog caused by the new system. In a September 2012 article about the situation, the newspaper quoted an area pediatrician talking about Epic EHR saying that “providers are struggling to provide safe and effective care…many doctors have left and all are considering leaving.”

What to do now?

The federal EHR mandate is here and the ICD-10 implementation is now only months away. Those, coupled with the waves of newly insured patients seeking treatment under the Affordable Care Act will undoubtedly have an impact on provider bottom line in the year to come. While there is little choice for providers in complying with these mandates, there is a choice in how they can choose to deal with them.

One choice is that providers can simply continue on with the status quo. They can add more physicians to their team at a fairly significant cost from a limited supply, they could choose to bring on PA/NP’s, or they can seek out a third and ultimately more cost effective option, medical scribes.

Had the two facilities described in the last section decided to partner with the nation’s most frequently used medical scribe company we might be reading a very different story. One in which medical scribes helped them to offload their EHR issues, increase their IT support, and provided data entry relief so the institutions could focus on what they do best, patient care.

While the data is preliminary at this point, a 2011 study conducted at Rochester General Hospital in upstate New York in the City of Rochester, took a look at the effect of a Patient Centered Admissions Team (PCAT) on emergency department admissions. In the study the PCAT team was made up of a hospitalist, two nurses, a pharmacist, an ED technician, and a medical scribe.

With this new team the hospital experienced an overall 11 percent reduction of length of stay for patients admitted and an increase of 1.2 patients taken care of during an eight hour shift by the PCAT team. That increased efficiency added up to an annual saving for the hospital of $12 million a year.

The hero of the study though was the medical scribe on the team, to whom the study attributed 40 percent of the length of stay improvements. So not only does adding medical scribes to your team improve productivity associated with EHRs, but can also ultimately save providers millions of dollars in the long run.

After all, doctors save lives, but scribes save doctors.