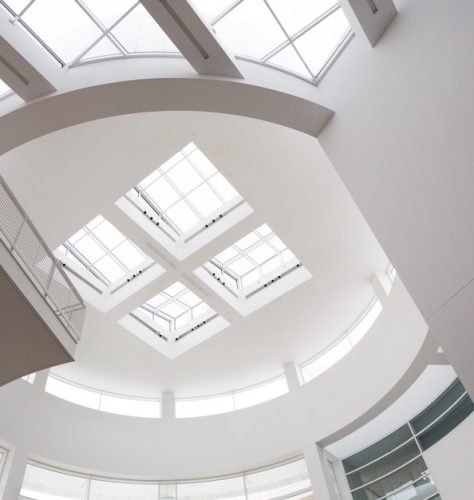 On the surface, the Medicare Chronic Care Management (CCM) program makes sense for everyone. Patients with two or more chronic conditions get much-needed care and guidance. Physicians, many of whom have been treating chronically ill patients without reimbursement, get paid for the time they devote to those patients. And Medicare saves money by encouraging prevention and management strategies instead of paying to treat challenging conditions only after they’ve escalated into expensive episodes requiring emergency care and/or hospitalization.

But participation in the nearly three-year-old program has advanced at a snail’s pace. In 2015, the program’s first year, reportedly only 275,000 Medicare beneficiaries took advantage. That meant the ratio of non-participants to participants was about 127 to 1, based on CMS estimates that about 35 million Medicare beneficiaries were eligible. By the end of 2016, the number of chronic-care claims for beneficiaries had reportedly reached 513,000, but that still translates to less than 1.5% of those eligible.

Why has the program been so slow to catch on? Clearly, a lot of factors have contributed. For one, caregivers have been understandably cautious, says Travis Bond, founder and CEO of CareSync. They wanted proof that the new CCM code (CPT 99490) was going to last, “because it’s a commitment to build an effective CCM program.” They also wanted to know that the early-adopters were actually getting paid.

Additionally, under the program, physicians are required to get permission from their patients, and patients are responsible for a 20% copay (usually about $8). Patients’ “getting bills for things when they haven’t seen a doctor is not something they’re used to,” points out Kathy Bryant, a senior technical adviser in the Center for Medicare. The copay may be especially hard to swallow for patients who are suddenly being asked to pay for case management they were getting for free. Mark Rostek, billing director for Florida-based Omni HealthCare, says his doctors want to pursue chronic care management, but patients have been resisting. “It’s been horrendous here because we have multiple patients that have more than two chronic-care conditions,” he says, “but they’re really reluctant.”

Others blame communication breakdowns, arguing, among other things, that CMS initially did a poor job of explaining to physicians how to bill under the new code, and that physicians themselves share the blame, because the letters they’ve sent to prospective patients are complicated and confusing, and fail to convey the potential value.

CMS can’t waive patient co-pays under Medicare without an act of Congress, but the agency recently expanded the program to try to make it easier for providers to navigate, and launched a program to raise awareness. The changes reflect a realization that some chronic-care patients need more care coordination time and more complex medical decision-making than were covered by the initial CPT code, says Mr. Bond.

As part of the expansion, three new codes have been added to support complex cases and provide larger reimbursements; the enrollment process has been made easier, among other things now allowing patients to give oral rather than written consent; and patients can now be enrolled by phone, unless they’re new to the practice or haven’t been seen in the previous 12 months.

Telehealth is also getting a boost. In September, the Senate passed bipartisan legislation aimed at further improving care for Medicare beneficiaries with chronic conditions. Among other provisions, the bill expands telehealth services, with a goal of reaching more patients in rural areas and increasing access to primary care teams, says co-sponsor Mark Warner (D-VA).

CMS has said that physicians are leaving hundreds of millions of federally funded dollars on the table by not participating in the CCM initiative. That’s borne out by a 2016 McKesson poll of providers who participated in a CCM-related webinar. Nearly 60% said they weren’t currently billing for CCM under the existing CPT code.

Another 2016 survey found that despite early issues, nearly 90% of chronic care patients were satisfied or very satisfied with both the program and their providers, and 60% percent said their health had improved as a result of the program.

The opportunities for better health, better reimbursements and tremendous savings are only going to grow in the coming years. CMS says that about 93% of total Medicare spending is on beneficiaries with multiple chronic conditions. And chronic conditions are responsible for 70% of deaths in the U.S. each year, says the Centers for Disease Control and Prevention. But many conditions are both preventable and highly responsive to intervention.

The challenge lies in getting providers and recipients on board. With its embedded chronic care management navigators, CareThrough works with providers to enroll patients, and with patients to provide education, coaching and periodic follow-up calls that help people with chronic conditions stay on track and meet their healthcare goals.