COVID-19 UPDATE
Can “Prehabilitation” Save Money and Improve Outcomes?
It may seem intuitive that strengthening one’s reserves is likely to help anyone withstand physical trauma, but proponents can also cite both anecdotal and clinical supporting evidence. 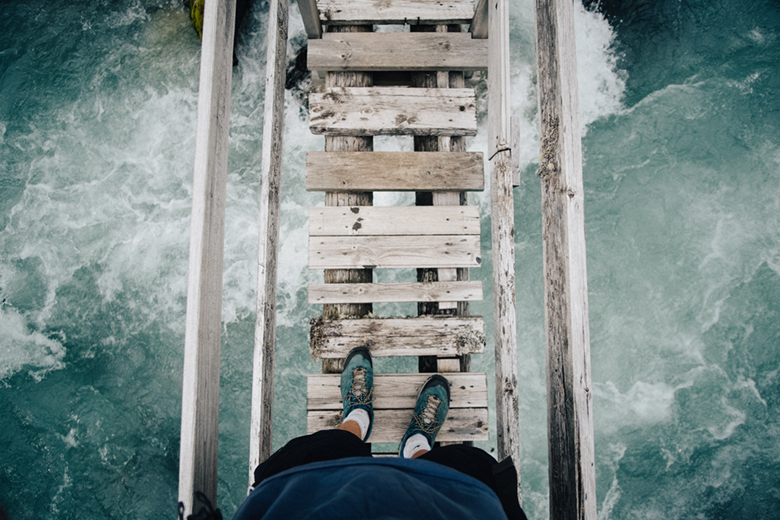 Would you (or anyone in his or her right mind) try to climb Mt. Everest without training first? Doing so would be “irresponsible,” says an anonymous cancer survivor-turned-blogger. But it’s “common practice in oncology,” he adds, “to physically challenge patients in a similar manner without training them for the difficulty to come.”

That, in short, is the argument advanced by advocates of “prehabilitation.” Surgical patients are bound to fare better, proponents insist, if they prepare for surgery by getting into better shape, both physically and psychologically.

The Mt. Everest analogy is apt in at least one sense. Two weeks after having a stem cell transplant, the survivor-turned-blogger discovered that his hemoglobin and red blood cells had dropped almost 50%. That translates to the level of oxygen decline you’d experience by climbing more than 19,000 feet (or about 1,400 feet higher than the south base camp of Mt. Everest). Instead of preparing patients for such an intense trauma, he says, the standard approach is to “cheer when they’re finished, then send them off to physical therapy to address [their] injuries. … That’s like having someone train for Mt. Everest after they return from climbing it.”

Harvard Medical School professor Julie Silver, MD, was in her late 30s when she was treated for breast cancer. When she did exercise testing afterwards, she was pegged as physically equivalent to a woman in her 60s. “I had aged 3 decades in a matter of months through cancer treatment,” she says.

The experience inspired her to create Survivorship Training and Rehabilitation (STAR), a five-component prehabilitation program focused on smoking cessation, general exercise, targeted exercise, nutrition, and stress reduction for patients about to embark on cancer treatment.

Years later, a growing body of evidence supports the positive impact of preparing newly diagnosed cancer patients for acute treatments, says Dr. Silver, and for optimizing their health before they begin treatment. It’s something patients want, she says: “There is a window of time when newly diagnosed patients are thinking about their upcoming treatment and want to do things to help themselves.”

It may seem intuitive that strengthening one’s reserves is likely to help anyone withstand physical trauma, but proponents can also cite both anecdotal and clinical supporting evidence.

A 2014 study of patients with colorectal cancer concluded that “meaningful changes in postoperative functional exercise capacity can be achieved with a prehabilitation program.” The preoperative period may, the researchers added, “be a more salient time to intervene, as patients are generally in a better physical condition.”

Dr. Silver and Jennifer Baima, MD, a Harvard colleague, point to other studies, as well, all of which involved lung cancer patients. In one, preoperative short-term intense physical therapy increased oxygen saturation, improved exercise capacity, and reduced hospital stays. In another, patients who also had COPD, and who walked before surgery, reduced the need for tracheostomy and prolonged oxygen inhalation after surgery. Yet another found that patients who exercised five days a week for four weeks significantly improved their aerobic capacity.

Of course, it’s not just cancer patients who are seen as potential beneficiaries. A 2014 study of patients who’d had total hip and total knee replacements found that “preoperative physical therapy was associated with a 29% decrease in the use of any post-acute care services.” That translated into a cost reduction of $1,215 per patient. Multiply that by 825 cases a year, and you’re looking at a savings of more than a million dollars.

In a 2012 study of total knee patients done three months after surgery, those who’d been randomly assigned to a prehabilitation group “scored significantly higher than the population norms” in eight health-related quality-of-life measures, ranging from physical functioning and pain to emotional and mental health.

Still, the concept is far from universal acceptance. One problem, says Dr. Silver, is that many providers think they’re delivering prehabilitation services, when they’re really just delivering “usual care” preoperative preparations. True prehabilitation, she says, “occurs between … diagnosis and the beginning of acute treatment and includes physical and psychological assessments that establish a baseline functional level, identify impairments, and provide interventions that promote physical and psychological health to reduce the incidence and/or severity of future impairments.”

Time and money are also concerns. The question of whether delaying treatment can be justified by a benefit-risk assessment should be decided on a case-by-case basis, she says. And while insurance can be a challenge, proper documentation, and coding can go a long way, says Lori McKitrick, the senior director of program management for the STAR Program. Meanwhile, Dr. Silver points out, there are plenty of savings to be had from reducing (or preventing) physical impairments, rehabilitation visits, lost time from work, and potential permanent disability.

There was a time, says physical therapist Jeannette Lee, when people with cancer were encouraged to simply take it easy and rest.

But Ms. Lee, an assistant professor at San Francisco State University, says she’s seen first-hand the positive difference prehabilitation can make. She’s also given a presentation at a PT conference, based on a statistical review of published studies. She concludes that prehabilitation “can result in significant improvements in quality of life in patients with lung and colon cancer.”

An elite-level boxer about to fight for the title wouldn’t think of entering the ring without intense physical and psychological training. A cancer patient facing potentially debilitating treatment faces the fight of his or her life, too. In either case, it’s reasonable to suspect that adequate preparation might mean the difference between victory and defeat.