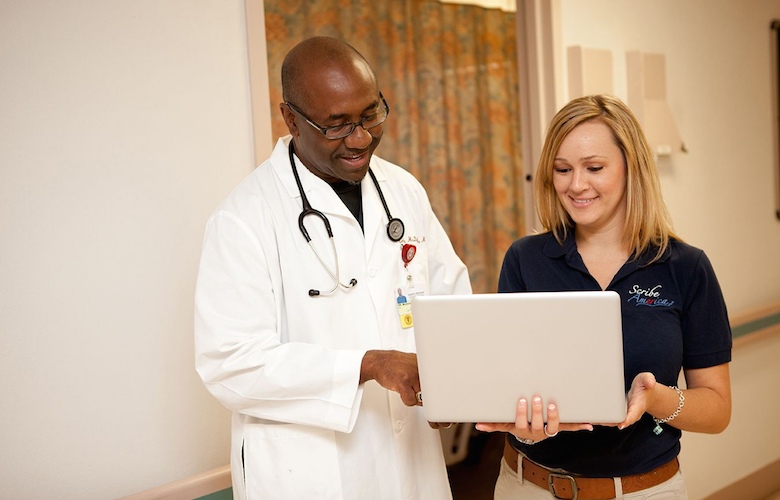 Research has shown that using medical scribes confers a laundry list of benefits. Patient satisfaction increases where scribes are used, for a start. Physicians, too, experience an increase in job satisfaction, according to a report in the Annals of Family Medicine — not to mention the time savings they report. One physician says he can now review 15 to 20 scribe-produced charts in under half an hour, whereas the same workload used to require 2 hours at the end of each day, just to update charts.

These are all great results, and goals worth pursuing in your practice, department or facility. Also consider that physicians who work with scribes are able see, on average, one additional patient per hour, and that scribe-produced documentation is typically so thorough that higher levels of visit, diagnostic and procedural coding can be achieved, thus resulting in more revenue. What could this mean for you? Let’s take a look at the economic case for using scribes.

What the literature shows

Research into the economics of scribes is painting a favorable picture:

Let’s say a primary care physician’s average revenue per patient visit is about $80, seeing an average of 15 patients per day. A retrospective data analysis found that an additional 0.8 patients per hour are seen where scribes are part of the care team. So, if a physician can see even five patients more in a day, that’s an extra $400 per day. Over a typical 22-day working month, that translates to additional revenue of $8,800 each month, or $105,000 annually. And that doesn’t even take into account the additional revenue that could come from better coding and, therefore, charge capture.

A Viewpoint article in the Journal of the American Medical Association argued that the use of scribes is a temporary fix, at best, for the shortcomings of electronic health records. Worse, the authors claim, the “increasing use of medical scribers to record patient data will impede the development of electronic health record management systems” to have better usability, more efficient data entry and improved record exchangeability.

The question is: If and until that happens, can you afford to wait?