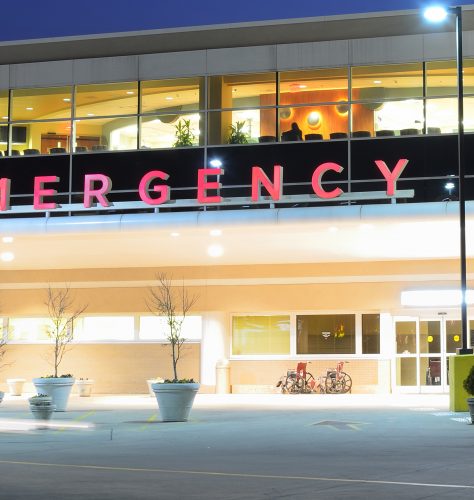 We regularly profile current and former team members (AKA our ScribeAmerica Alumni) on ScribeCorner.com. Visit ScribeCorner now for the latest stories, and sign up for our quarterly Alumni newsletter if you want these employee profiles, company updates and more delivered to your inbox!

The morning moved slowly, we saw a few patients in the ED. Hours went by without any commotion. Then we heard the call, I began to chart with the code for no pulse, and soon the ED doors opened. A young man in cardiac arrest. The energy shifted quickly as we all took to our positions.

The patient in his twenties suffered from a chronic genetic heart condition, hypertrophic cardio myopathy. I was charting as fast as I could for 50 minutes straight. Then the moment came, the cardiologist announced time of death. I left the room to complete the documentation, the lowered morale in the ED was palpable. The deceased’s mother had lost a son before, to the same genetic heart condition.

I settled myself to work on the chart of the cardiac arrest patient. My thoughts were spinning, but I stayed calm as staff attended to the family of the young man who had just passed.

That’s when we received the call. When we have a serious trauma we usually receive a call beforehand. A construction worker in his mid-thirties had a workplace accident. He had severed four fingers from his hand.

I saw the patient as he entered the trauma bay, near him his coworker held a bucket of ice, his face was pale with shock. His colleague’s fingers were in the ice bucket he carried. By this time the attending trauma physician had switched gears and was focused.

I began to chart as the portable X-ray machine most often used for motor vehicle accident victims was brought in to examine the patient’s hand and fingers. The remaining fingers were removed from the bucket and saline solution prepared to clean the affected area.

The doctor asked a series of questions and the patient said he couldn’t feel his fingers, and that he thinks he lost four. He was able to talk, adrenaline has that effect sometimes. “Treat me first” he said, “and then call my wife.” He had gone through this trauma but didn’t want his wife to worry, it was a touching moment.

In the trauma bay we aren’t allowed to bring in our computers because every inch of space really counts. I sat in the back right corner with my notebook and pencil, jotting down everything the doctor said out loud. Then I noticed a discrepancy. The patient had four fingers missing but only three appeared on the X-ray. I checked the patient repeatedly to make sure I wasn’t mistaken, and looked over my notes. I alerted the X-ray technician beside me. He examined the bucket that was now filled with melted ice, dirt and a ripped glove. He put his hand in the water and found the fourth finger had sunken to the bottom of the bucket.

We made sure the doctor was informed and as I went back to my station to code the encounter, the patient was transported to a trauma center for immediate surgery to reattach the lost appendages. I was glad the patient’s co-worker had thought fast, put the fingers on ice, and that the fourth finger had not been dumped in the biohazard bag with the rest of the icy water.

A day in the ED has its ups and downs. Now I’ve learned first-hand that no matter what happens, it’s important to recalibrate and look at the big picture, without losing sight of the details.