COVID-19 UPDATE
Understanding and Overcoming Barriers to Interoperability
The process and progress may seem painfully slow, but every indication is that full nationwide interoperability will arrive one day, and for beleaguered providers, not a minute too soon. 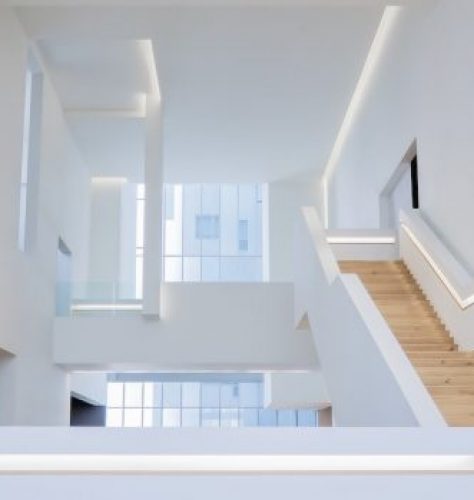 A recent data brief from the Office of the National Coordinator (ONC) for Health Information Technology says that in 2017, 40% of U.S. hospitals could engage in what ONC refers to as the four domains of interoperability — the ability to find, send, receive, and integrate information. For small, rural and critical access hospitals, the number was closer to 30%, but that represented a 50% increase from 2016.

The ability to achieve all four domains is crucial, says ONC, noting that 83% of those that achieved that level of interoperability were able to electronically access information at the point of care. Those who fell short lagged far behind, including those who’d managed to achieve three of the four domains.

But where do we go from here? And amid the seething frustration of healthcare professionals who devote a disproportionate amount of time and effort to capturing and documenting data, compared to the benefit they gain from it, the pressing question is how soon will we get there?

“The time is here, the time is now to achieve full nationwide interoperability of health information and to have secure, seamless access to data for clinicians, patients and healthcare consumers,” says Healthcare Leadership Council President Mary Grealy. “Interoperability is critical if we are to reach our consensus goal of high-value, high-quality, safe, cost-effective, patient-centered healthcare.”

No one would argue. But the goal remains challenging. Ms. Grealy was speaking at a panel discussion timed to publicize the release of a new report by the Healthcare Leadership Council and the Bipartisan Policy Center.

As does ONC, the report emphasizes the need to bring information to the point of care and argues that moving toward full interoperability will require leadership and action in four key areas: strengthening the business case, improving technical infrastructure, improving policies and regulations, and providing governance and leadership.

What’s in the way

The most commonly perceived barriers are spelled out in a combined Hyland Healthcare and Healthcare Information and Management Systems Society (HIMSS) report. The difficulty of integrating new solutions with legacy systems is most often cited, followed by the difficulty of integrating data from multiple EHRs, and then by employee resistance to new solutions.

There’s no question that legacy systems are a huge challenge, especially for facilities with tight budgets. On top of capital costs, replacing them requires certification that takes time and resources, which can also lead to employee resistance. If new highly sought after (and often highly paid) IT staff are also required, the added expense can be daunting.

As providers continue to wrestle with the demands put on them by the stated goal of generating mountains of data to ultimately provide better and more efficient care, Point-of-Care Partners (POCP), a management consulting firm, says several interoperability trends bear watching.

One is FHIR (pronounced fire), which stands for Fast Healthcare Interoperability Resources, a relatively new technology that promises to vastly improve the transfer of information. Created by Health Level Seven International (HL7), FHIR is designed to specifically address the complexity of healthcare data by providing normalized formats and elements and application programming interface (API). That will allow users to, for example, share data on a granular level, rather than transmitting whole documents, even if different protocols are involved.

The Da Vinci Project, meanwhile, is an initiative designed to promote and accelerate the use of FHIR to generate the types of data needed to facilitate value-based care delivery. The goal is to bridge interoperability gaps between and among payers and providers.

The process and progress may seem painfully slow, but every indication is that full nationwide interoperability will arrive one day, and for beleaguered providers, not a minute too soon.

There’s good news also in that internal communication capabilities are evolving rapidly. For example, the LiveSuite Mobile app from QueueLogix virtually eliminates communication-choking healthcare siloes by allowing physicians, coders, compliance pros and others to communicate in real time. That can be extraordinarily useful if, for example, additional information is needed to document a patient encounter. Instead of having to rely on sticky-notes or emails that can delay reimbursement for weeks, the LiveSuite app immediately alerts the physician on his or her mobile device. It’s all part of the same desktop product that coding and billing organizations use to close feedback loops and streamline internal task management, compliance and reporting.