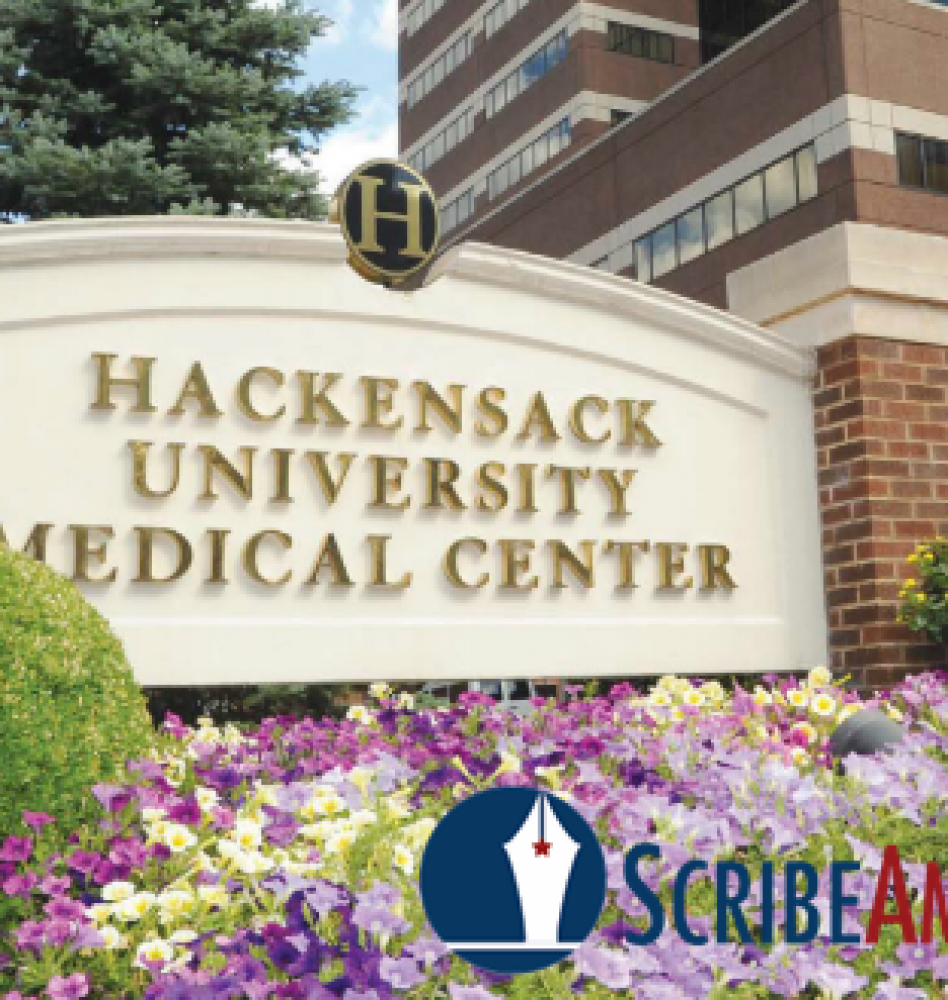 Those looking for a good example of the impact medical scribes can have on providers, a hospital, and the patients they serve, need to look no further than Hackensack University Medical Center (HackensackUMC) in Hackensack, New Jersey.

HackensackUMC is the number one ranked hospital in New Jersey, according to U.S. News and World Report. The publication also ranked HackensackUMC third out of the 179 hospitals in the New York metro area. Not to mention, the hospital is also nationally ranked in 10 specialties: Cancer, Cardiology & Heart Surgery, Ear, Nose & Throat, Gastroenterology & GI Services, Geriatrics, Neurology & Neurosurgery, Orthopedics, Pulmonary, and Urology. The Joseph M. Sanzari Children’s Hospital also ranked nationally as one of the Top 50 Best Children’s Hospitals for Neurology and Neurosurgery in the 2013-14 Best Children’s Hospitals list.

One of the secret ingredients that made HackensackUMC so successful was a decision that hundreds of other successful facilities all over the country have made: the decision to institute a medical scribe program.

Since the 2011 introduction of the program, its results have been overwhelmingly positive. Dr. Joseph Feldman is the chairman of Emergency Services and an advocate of the medical scribe program at HackensackUMC.  Dr. Feldman notes that improvements since the start of the scribe program have been vast, especially when it comes to metrics like physician satisfaction.

As a practicing physician himself, Dr. Feldman sees the everyday advantages to having medical scribes. “They really have allowed me to be razor-sharp when it comes to patients and their families, instead of having to focus on entering data, I am able to spend more time communicating and educating,” said Feldman.

“Scribes also help to comprehensively document an accurate story of what happened to the patient during their stay in the Emergency and Trauma Center, which is necessary in an evolving healthcare market,” said Feldman.

Life of a Medical Scribe in New Jersey

Angelica Poon, the lead scribe at HackensackUMC, knows that the work she’s doing matters, and tangibly improves the lives of both physicians and their patients. As a scribe, her duties go beyond just managing the EHR. She recognizes that things like notifying patients and their families of any potential delays in care or offering comfort items, like a glass of water, go a long way.

Life as a medical scribe is rewarding for Poon. She tells the story of an overnight shift from earlier this year:

“A few weeks ago, I worked an incredibly busy overnight shift from 7 p.m. to 3 a.m., but wound up working a bit later due to the number of patients. To illustrate how busy we were, we received three patients per hour on average along with 12 sign outs from the two providers who had left earlier. In total, we had 14 patients around 5:30 a.m., had seen 32 patients already, and had three more waiting to be seen. In addition, a young cardiac arrest patient kept losing his pulse, and we spent an hour and 45 minutes at the patient’s bedside consulting, following ACLS protocol, and monitoring his vitals. We never left the patient’s side until he was stable. After the ICU patient, we still continued to receive patients, but I had to leave for my commute home.

I returned to work eight hours later. An hour and a half into my shift, I got a phone call from the doctor I worked the overnight shift with. She said she didn’t stop seeing patients until 9 a.m. She called to thank me endlessly for staying so late to help complete as many charts as possible. She kept saying, “I don’t know what I would have done if you hadn’t stayed. There were so many patients if it was not for you it would have been much more difficult for me to document as efficiently and comprehensively as you did.”

Thank goodness you stayed or I wouldn’t have left so early.” That was the most sincere phone call I had ever received and I was speechless.

It’s not just the doctors that are appreciative of medical scribes at HackensackUMC; it’s also the nurses.

Elizabeth Paskas, MSN, RN, NE-BC, is the administrative director of nursing, Emergency and Trauma Center at HackensackUMC. She believes medical scribes have been a wonderful addition to the hospital, making both her and her colleagues’ lives much easier, especially when it comes to EHRs and sometimes distracted doctors.

“Personally, I think they’re a very positive addition to the medical staff,” said Paskas. “They allow the medical team to spend more time with the patient and less time at the computer.”

Aside from these typical benefits of scribes, Paskas also sees a benefit for the Emergency Medicine Residents at HackensackUMC. “Now the attending physician doctors have time to educate during the time they would have spent entering data into the EMR,” said Paskas.

Paskas remembers when the hospital first made the switch to electronic health records six years ago.

“We changed over to EHRs in 2008, and that transition ended up placing a higher demand for managing records on doctors than expected,” she said. “It naturally impacted patient flow.”

“It was a major relief when the scribe program was introduced in 2011,” said Paskas.

Paskas says she only sees an upside to having scribes. She is hopeful for the day when nurses can also partner with medical scribes.